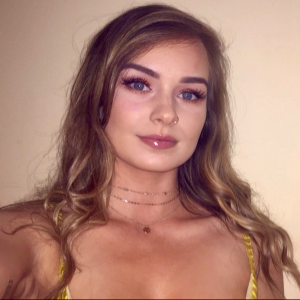 At the start of 2019 Missy.ie writer, Veronica Murphy, picked a number of music artists as ones to watch. Considering her list included Dermot Kennedy and Lewis Capaldi she has a good ear.

A quirky Aussie 4 piece band with an infectious sound and feel-good electro pop tunes. While they are raking up their own impressive numbers on Spotify, their recent songs have gathered more radio airplay and it’s no surprise when all of their songs make you want to get on a dancefloor! Songs like Heavy Hearted and Feel The Way I Do will have you playing them on repeat..again..and again..and again.

The words Hot Girl Bummer most likely ring a bell to you as it was one of the catchiest sing-along songs released at the end of last summer. Not exactly new to the music scene, Blackbear released his 4th studio album in 2019 alongside a collab with YungBlud and Marshmello, and even has credit in co-writing for superstar Justin Bieber. His music could be described as rap/pop with a little bit of punk. Do Re Mi was another huge song for him back in 2017 so we suspect that the hits won’t stop there. Keep your eyes peeled.

At just 17 years old, singer-songwriter Ruel is making quite the name for himself. By the age of 12 a Grammy award winning producer had already gained his attention and just two years later he released his debut single Golden Years. With influences like Amy Winehouse and Stevie Wonder, Ruel lays his soulful voice over soft melodic R&B/pop for his own distinct sound. Khalid and Shawn Mendes are fans of the young prodigy and had him as support acts during their Australian tours. Check out Real Thing and Not Thinkin’ Bout You.

This Canadian singer has an emotion and rawness in her voice that many others could only envy. Her lyrics are honest and brash across her R’n’B/folky songs. As well as releasing two of her own EP’s, her most recent being Being Human in Public, she has featured on No Promises with Sam Smith and Imported with 6LACK. But it is really on her own songs where we see her shine. Gatekeeper and Figures were released as part of her EP Kiddo and they give us just a taste of what she capable of with such a powerful voice.

Following the breakup of Fifth Harmony it seemed like Camila was the front runner for success, but towards the second half of 2019 we saw Normani break-through the music scene in her own right. Before her debut single she teased us on collabs with Sam Smith and Khalid, before unveiling the absolute bop that was Motivation. We are all here for her girl power and eagerly await her first studio album expected to be released early this year!

The 21 year old first garnered some attention a few years back through his Youtube channel where he posted videos of him covering songs. Today, he has been named as one of Vevo’s Artists to watch in 2020 and has gained himself a loyal following of fans online. His pop anthems like Maniac is one of those songs you shamelessly sing at the top of your voice in your bedroom without caring who hears.

In late 2019 rapper, singer and producer Doja Cat released her 2nd studio album Hot Pink. The annoyingly catchy Say So is just one of the many sounds we hear on her latest album. It sounds like a bubblegum pop song that would have been played at a roller-disco back in the 80s, and that’s what makes the song so great and exciting in todays’ charts. Her album features collabs with the likes of Gucci Mane and Tyga, making for the ultimate R’n’B sound to match any mood. Doja Cat’s eccentric persona and versatility contributes to what makes her one of the biggest artists to watch in 2020.

Who are your artists to watch in 2020? Let us know over on Instagram.

Things I Wish I Knew Before Going to College

Best Skin Care Products: How To Get Glowing Skin in 2020

Wondering what all the drama behind “Drivers Lic

The worlds of #PLL and #Riverdale have collided...

Ever thought to yourself “What in the name of Go

Image of us trying to manifest some Spring sunshin

Serious summer vibes from these nails by @thehange