All this talk about Leaving Cert results, CAO points and further education options over the past week got me thinking about all the things I wish my Guidance Counsellor had told me when I was preparing to do my Leaving Cert and looking at college courses.

I don’t know, maybe I’ll have a gang of angry parents at my door (or inbox) for saying this, but the Leaving Cert isn’t the be-all, end-all.

And although you shouldn’t take this as a reason to cop-out and not work to the best of your ability I think it’s important to put in the back of your mind and dig it out in case of an emergency. The emergency being the L.C goes a little bit wonky for you.

There’s other routes to the job you want. I remember watching a lot of my friends crumbling under the pressure to get 500+ points in order to do teaching. What I only came to realise in later years, as I saw others do it; you can do an Undergrad and then do a course like Hibernia to become a qualified teacher. There’s different ways of getting the job you want that doesn’t begin and end with your Leaving Cert points. If you don’t get the grades it’s not the end of your dream.

I felt like there was a big emphasis on “you better get x amount or points or else” and that simply wasn’t the case.

Do your own research. I did my Leaving Cert in 2009 (I feel old now!) and a hell of a lot has changed since then. I wanted to do something in Fashion or Journalism and because my guidance counsellor knew nothing about it she tried to discourage me from doing it.

Teachers don’t know everything, shock horror. So do your own research about what’s out there. I can only imagine the confusion some of you might be facing if you’re wanting to pursue relatively new areas of study, like in a social media related field.

If you know what you want to do, stick to it. Find someone who has the job you want and send them an email and ask them how they got to where they are.

Another thing I got no information on was going to college outside of Ireland. I know a number of girls who I went to school with who went to study in Europe as it was not only way cheaper with better courses, they also didn’t need astronomical points to do things like medicine. Again if you haven’t been told about this make it your business to find out because sadly not all guidance counsellors were created equally.

Don't Feel Pressured To Have It All Figured Out Now

No one really knows what they’re doing. But hey if you do know what you’re doing or where you’re going, go for it with everything you’ve got. I have a lot of friends in their twenties who are still not really sure what they’re doing. So much pressure is put on us to pick a lifelong career at 17. You can change your mind. Repeatedly if you want.

If you’re not sure what you want to do look at doing a general degree like Arts or Business which open up a lot of Post-grad doors. The only thing I would say to you is if you’re not sure don’t shut down and do nothing.

There you go. A little bit of a rambling, personal post but I hope it’s of help to some of you.

Another thing to say is that since going to college I’ve never once been asked what I got on my Leaving Cert. In fact I’m kinda struggling to remember what points I got right now. The L.C and school in general really is just a stepping stone. There is so much better to come.

I will leave you with this little wisdom, don’t ever let someone convince you that you might not be able to or tell you that you’re aiming too high. And also, what’s meant for you wont pass you by.

Is there anything that you wish your Guidance Counsellor had a better answer for? 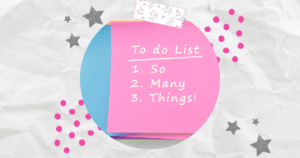 Can We Stop Glamorising Constant Productivity?

When you can’t decide on what nail design to go

If you love #Riverdale, check out the 🔗 in bio

Did someone say #Selfcare Sunday? #missydotie . .