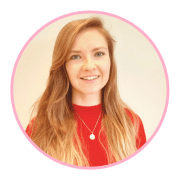 Check Out These 5 Stunning TikToks of Rural Ireland

Has anyone else been re-watching Disney channel shows throughout this pandemic? They’re the perfect, joyous escape from reality we all need right now, and luckily for us, some more fun and escapism from former Disney stars is on the way.

On the 28th of August a new movie made by Selena Gomez and David Henrie will be premiered virtually for us all to enjoy from the comfort and safety of our own couches. This Is The Year is a feel-good story about a bunch of friends chasing romance and adventure on a road trip. Disney stars reunited and a new movie? Yes please!

Here’s why we’re buzzing for the virtual premier of This Is The Year.

What’s The Movie About?

In a last ditch effort to win over the girl of his dreams, a nerdy high school senior (Lorenzo Henrie) and his best friends embark on a road trip to see their favorite band at the biggest music festival of the year. On their journey, they realize that elaborate plans never go off without a hitch, and that you can find true love in the most unexpected places.

Directed by David Henrie, This Is The Year is a contemporary spin on many of the classic 80’s movies – focusing on good times and a killer soundtrack. Hop on board for the digital premiere and join a cast of next-generation stars along with a few surprise cameos!

Charli and Dixie D’Amelio are hosting the live premier

If TikTok is one of the things that’s kept you going this year, you will be super excited to hear that Charli and Dixie D’Amelio are hosting the live premier of This Is The Year, which will include a Q&A session with David, Selena, and the cast of the movie.

This Is The Year reunited Selena Gomez and David Henrie

It’s been years since Selena and David were on screen together as Alex and Justin in Wizards of Waverly Place, but we miss them! While Selena is not starring in This Is The Year, David is, and they will both be part of the live premier. Selena was a producer of the film and David co-wrote and directed it. These are exactly the feel-good vibes we need right now!

You will also recognise some other cast members…

Who remembers Alex’s English werewolf boyfriend Mason? Well, Gregg Sulkin who played Mason is returning to our screens in This Is The Year. Another Wizards of Waverly Place star joining the cast is Jeff Garlin a.k.a. the Russo’s Uncle Kelbo who showed up occasionally to cause chaos. We are so excited to see what these talented actors have created together this time. You may also recognise Vanessa Marano from her role as April in The Gilmore Girls.

You can buy your tickets online now!

The tickets for this virtual event are about $12/€12 each and you can buy them easily on thisistheyear.film . The premier starts at 7:30pm Eastern Time (which is 12:30pm for us), on Friday the 28th of August.