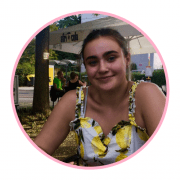 Here are some of the up and coming Irish female authors you need to add to your reading list ASAP.

Irish author Catherine Doyle sets an epic love story in modern day Chicago, where our protagonist Sophie Gracewell begins to fall for new-in-town bad boy Nicoli. But with him comes a twisted and difficult path of family rivalry and Sophie begins to get sucked into his dangerous mafia world. A tale of love and tragedy; a good story for anyone who wants a few heartstrings pulled and a few gasps.

Another Irish author who tells the gripping, sad and very frustrating story of two teenagers who are completely wrong for each other but are also somehow perfectly right for each other is Sally Rooney in her second novel, Norman People.  Connell and Marianne keep missing each other through social pressure and friends whispering the wrong things into their ears. A brilliant read that you will not be able to put down.
A TV series based on the novel will be released later this year.

In the most remote of places people will find the darkest secrets. Deirdre Sullivan focuses on the lives of two sisters recently uprooted from their home in Dublin to an old castle in Cork, where all sorts of troubles seems to stir. Old Irish Magic mixed with Teen Drama is never good especially when someone is showing the abilities of a witch.
We previously chatted to Deirdre about this great book.

#BookTok: 5 YA Book Recommendations From TikTok

This is definitely a book to keep an eye out for!
Seventeen-year-old Saoirse has finished with exams and is facing a long hot summer before uni. She plans to party, get drunk, watch horror movies and forget all her troubles by kissing girls. Ever since the breakupocalypse with her ex Hannah, she’s been alone and angry, dealing with the hole left in her family by her sick mother’s absence. Worse, Dad drops a bombshell: he’s remarrying at the end of the summer. Enter the scene: Ruby, who might just be the prettiest girl Saoirse’s ever seen. A romcom fan and a believer in true love, Ruby challenges romance with the serious parts left out, just like in the movies. But what happens when the falling in love montage ends?cynical Saoirse to try a summer.
The Falling in Love Montage will be released on the 4th of June 2020.

When teenage queen Lia inherits her corrupt uncle’s bankrupt kingdom, she brings a new spymaster into the fold … Xania, who takes the job to avenge her murdered father.
Faced with dangerous plots and hidden enemies, can Lia and Xania learn to rely on each another, as they discover that all is not fair in love and treason?
In a world where the throne means both power and duty, they must decide what to sacrifice for their country – and for each other …
Queen of Coin and Whispers will be released on the 6th of April.
Are there any other up and coming female Irish authors who should be on our radar?

YA Books That Feature LGBTQ+ Characters

5 Clever Retellings of Classic Novels You HAVE To Read