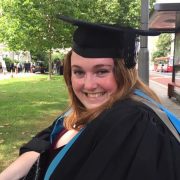 There has been a real interest in noughties fashion of late with trends like Y2K, Boho-chic and Twee making the rounds on both social media and on the high street. But no other aesthetic from the 2000s had a grip on my personal style quite like Indie Sleaze did though – and still continues to, to this day.

The term ‘Indie Sleaze’, coined last year by an Instagram account dedicated to documenting the trend, refers to the soft grunge meets grimy hipster look that dominated the fashion scene from the mid-2000s to the early 2010s. Coinciding with the popularity of indie music, social media platforms like Myspace and Tumblr and the blogosphere explosion at the time, the aesthetic was defined by a deliberate rejection of perfection, through adopting a dishevelled appearance, tousled bed hair, smudged make up and torn clothing. It was all about looking effortlessly cool – or like you’d just spent the entire weekend partying.

The Indie Sleaze trend was seen as a cultural reaction to the Great Recession of 2008, with its focus on affordable fashion, adoption of outdated technology like polaroid cameras and record players and embrace of a party lifestyle as a means of escaping the bleak economic climate. It’s no wonder then that we’ve seen a resurgence of this aesthetic in the 2020s, as we continue to grapple with post-pandemic life and now, a cost-of-living crisis.

How To Shop More Sustainably

How To Revamp Your Wardrobe Cheaply