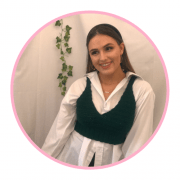 Setting Powders to Save Your Make-Up and Your Money

I saw all the TikToks about it, listened to the countless YouTubers talk about it, then caved and bought it.
Influenced? Yes. Regret it? Nope. Recommend it? 100% Yes.

Acne and I are in a long-term relationship with many trails and tribulations. We fight weekly, make up for 48 hours, then we go back to fighting again. It’s just not working out, so one of us is leaving, and it ain’t me.
If you are a skincare junkie like me, you may have heard about the cult product from Zitstika, Killa, which is a spot clarifying patch kit. The treatment is designed for those early-stage and newfound spots that come from deep…. deep…within our skin.
Popular on the skincare market is the “already there” spot fixes that pump an alarming concentration of Witch Hazel onto your skin. With the Zitstika patches, they target the under the skin cysts that are painful and straight out unpoppable. Why wait to fight it when you can attack it before it attacks you?

But how does it work?

If you feel a bump under the skin or notice some redness, then its time pull the big guns out. Simply swap the area of the spot with the treatment pad provided. Then, with clean fingers, apply the transparent patch to the spot area. Leave for 2-12 hours and voila! Your spot as been magically (and gently) pulled up from the root and ready to be quickly booted from its place of residency of your chin.
The clear patch is layered with 24 self-dissolving micro-darts that attach and insert into your skin (painlessly), gaining access to the early-stage spot. The five-ingredient darts (Sodium Hyaluronate, Oligopeptide-76, Niacinamide, Sodium Hydroxide and Salicylic Acid) flood the affected area, flattening and resolving the issue from the source. Quick, painless and invisible!

I found the process of application easy and straight forward. With sensitive spots, I did feel a slight discomfort when the micro needles penetrate the skin, but only for a second! I guess this meant it was REALLY getting stuck in there?
The patches are for the most part, invisible, therefore I felt comfortable wearing them out and about. Night time worked best for me, as I left it to work its magic. I have used 16 patches (two boxes) and of that, 13/16 patches brought up a head from an underground monster. For the other three, I’m thinking they were too far down and needed extra TLC.

Is it worth it?

A Zitstika Killa patch almost sounds too good to be true.
While it may seem all sunshine and daisies, we have to brace ourselves (and our wallet!) for the cost…For only eight uses, i.e. eight spots, the kit costs €30.95, which works out as €3.86 per patch. It’s pricy, but if you’re at the end of your tether and suffering with cystic acne, I think it’s money well spent.
I recommend purchasing in Boots and availing of your student discount and points card!
Check out the Missy.ie TikTok to see me try it out!
Have you used Zitstika yet? If so, tell us what you think!

Get Your Hair Debs Ready With LUNA by Lisa Jordan Haircare

Methods For Hair Removal Other Than Shaving

5 Things You Need To Survive The Irish Heatwave