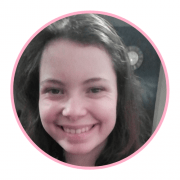 Riverdale, love it or hate it, chances are that you are familiar with the cast of this popular Netflix teen drama. But where can you watch them on screen if you are finished the latest season of Riverdale? The answer lies below.

Do you love watching Camilla Mendes playing the role of Veronica Lodge to perfection in Riverdale? Are you looking to watch a movie starring this wonderful actress? Do you love Romantic Comedies? Then The Perfect Date is for you.

This original Netflix movie is sure to please. Camilla plays the role of Shelby in this film alongside some familiar co-stars such as Noah Centineo (who you may recognise from the film series To All the Boys) and Laura Marano (who you may recognise from Disney Channel’s Austin and Ally). This movie tells the story of a high-school student named Brooks (Noah Centineo) hoping to make some cash for college by creating an app where people are able to recruit him as their date for an evening.

Are you a fan of watching Cole Sprouse play the intriguing yet mysterious role of Jughead Jones on Riverdale? Maybe you’ve grown up watching The Suite Life? While Cole’s twin Dylan has been taking time out from the limelight, Cole is still very much active as an actor.

Where else can I watch Cole Sprouse, you ask? Well, here is the answer to your question – the romantic drama, Five Feet Apart. Himself and his co-star Haley Lu Richards (from The Edge of Seventeen or Disney Channel’s Shake it Up) play two teenagers who both are being treated for cystic fibrosis. The chemistry between the two is undeniable when they first meet but then things get complicated.

Is Cheryl Blossom your favourite Queen Bee? Do you adore how Madelaine Petsch plays this role? Do you want to see more of this talented actress? Are you in the mood for a comedy? Then, F The Prom is calling your name.

This entertaining movie stars Petsch alongside her co-star Danielle Campbell (from Disney Channel’s original movie Starstruck) and Joel Courtney (from Netflix’s original movie The Kissing Booth). In this film Petsch plays a popular cheerleader planning on attending a prom. However, there is trouble on the horizon as a plan for sabotage is brewing.

Still want more, then why not pop over to Petsch’s Youtube Channel and watch a few videos?

The Sun Is Also A Star

Looking for a movie starring Charles Melton? Maybe this is because Reggie is your favourite character on Riverdale? Well look no further. The Sun is also a Star is a perfect addition to your list of must watch movies. This Romantic Drama is the perfect option for a movie night.

Based on the book by Nicola Yoon, this film is sure to please. Charles Melton alongside his co-star Yara Shahidi (from the popular sitcom Black-ish). The pair play two teenagers in New York City. The two fall in love and together must face the obstacles that lie ahead.

Is Lili Reinhart your favourite actress? She certainly makes quite the impression playing Betty Cooper on Riverdale that’s for sure. Want a movie to sit down and relax to, but also a movie staring Reinhart? Then the movie Hustlers is for you.

This movie tells the true story of a group of exotic dancers who swindle money from wealthy stock traders and CEOs. Reinhart plays one of the strippers, a protégé named Annabelle. This movie has received great reviews and also stars big names such as Jennifer Lopez, Lizzo and Cardi B.

There can’t be a list of movies starring Riverdale actors without including KJ Apa – the actor who plays the role of Riverdale’s main character, Archie. This New Zealand native is known for his red hair but his real hair colour is actually not quite as bright as we are used to. The actor’s real hair colour can be seen in The Last Summer, a romantic comedy movie that was released on Netflix in 2019, where he plays the part of Griffin Hourigan.

The movie follows a group of friends who recently graduated from high school as they enjoy their last summer together before moving on to college and the rest of their lives.

Sierra Burgess Is A Loser

This Netflix original comedy drama stars Shannon Purser – the actor who plays Ethel Muggs in Riverdale. This entertaining film tells the story of two teenagers who began a virtual romance over a case of mistaken identity. Although this film has mixed reviews it has some brilliant actors.

Again, you will recognise Noah Centineo who plays Jamey (Sierra’s love interest). You may be familiar with Kristine Froseth from the Netflix original series The Society who in this movie plays a popular cheerleader.

Molly Ringwald is quite the actress. You may know her as Mary Andrew’s the mother of Archie on Riverdale. However in The Breakfast Club she plays the role of the Claire Standish – a very popular and pretty girl who loves fashion. This coming-of-age comedy film is simply a must watch.

The Breakfast Club tells the story of five very different teenagers who end up needing to give their Saturday in order to serve detention. The five end up become the most unlikely of friends in this charming film.

This Netflix origanal comedy film stars Ashleigh Murray as Deidra, the older sister.  Ashleigh, as you will remember, played Josie McCoy the lead singer of the band Josie and the Pussycats.

In this film, Deidra & Laney’s mother Marigold is taken to jail, and they are left to support themselves. To keep her sister Laney and younger brother Jet from being placed in foster care, Deidra makes a plan to rob trains. They need enough money to help pay their mother’s bills and bail her out of jail. Along the way, they rekindle old relationships and find out who is real and to be trusted amongst their family and friends.

Full Out is a movie that was inspired by the true story of Ariana Berlin, an Olympic hopeful gymnast whose life was forever changed after being in a car accident. Gaining her movement and confidence back through dance she gets called back into the gymnastic world in this inspiring movie.

Which movies starring the cast of Riverdale have you seen?

Read More: Which Riverdale Character Are You?