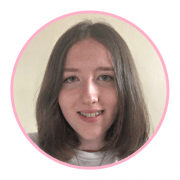 From dropping TWO surprise albums in 2020 to her releasing her old music, we really are being spoilt by Taylor. Next up? The re-release of her hit 2021 album, Red.

Back in 2019, Taylor Swift’s first six albums were sold by Big Machine to Scooter Braun. Shortly after this, Taylor Swift announced that she would be re-recording her albums, to regain the rights to them.

In February, she released her re-recorded version of Love Story, one of her classic hits, and announced the release of Fearless (Taylor’s Version), which was released in April.

After the release of Fearless (Taylor’s version), fans tried to guess which album would come next. After weeks of crazy theories about Speak Now, Red and 1989, fans finally decided that 1989 would be released next.

They even went as far as to start their own ‘1989 re-recordings era’ on Instagram and Twitter- without Taylor Swift. However, their celebrations were cut short, with Taylor announcing Red re-recordings on the same day.

On August 5th, Taylor Swift posted a ‘from the vault’ video; a short video with mixed up words that, when unscrambled, would reveal the ‘from the vault songs’ – songs that were written for the original album, but didn’t make it onto the released version. Fans quickly realised that the video could be turned into a 13×13 crossword, containing the vault tracks.

Then, they headed over to Taylor’s Spotify, where they found this link. They had to input the songs from the crossword to ‘unlock the vault’. After solving the vault, they could take a photo using the ‘I unlocked the vault filter’, which appeared after they unlocked it on Taylor’s website.

Despite what Red’s title track says, there was a right answer to this crossword.

After many fans solved the vault and figured out the tracklist, Taylor officially released the tracklist. It contains not only the original Red tracks, but also Babe, Romania and Better Man, which were written during the Red era, as well as seven other vault songs, including the original ten minute version of All Too Well – which fans and credits think is Taylor’s best song. It’s rumoured to be written about Jake Gyllenhaal, so we’re guessing he’s feeling pretty nervous ahead of the 12th November release date of Red (Taylor’s Version).

Will you be buying a copy of Red (Taylor’s Version)? What songs are you looking forward to?