Musicals You HAVE To Listen To 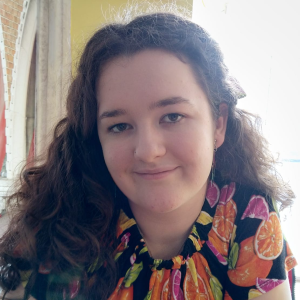 There seems to be no middle ground with musicals. Similar to Riverdale, people either love or hate them.

However, we firmly believe that everyone can learn to like, and even love musicals, if only they listen to the right ones. And hopefully those Disney Channel ones haven’t completely tainted the whole Westend for you. Musicals are wonderful, because not only do they have good songs, but also good messages that will improve anyone’s perspective on life.

Here are our top pick of musicals which we believe every teenager should listen to.

A musical based on Greek mythology? Where do we sign up?! Not only does this musical balance a 1920s Great Depression atmosphere with ancient mythology, it also has some amazing songs in it too. Following a similar tale to the original myth, Orpheus is a muse’s son who is working on a song to bring back Spring. However, when his lover Euridice is taking by Hades to be a slave in Hadestown, Orpheus must travel down to save her.

This musical shows that while nurturing a talent is important, looking after the ones you love is more. A great musical for anyone whose moved passed their Percy Jackson obsession, but still have a soft spot for Greek mythology. If you give “Way down in Hadestown and “Wait for me” a listen, then you’ll be hooked.

With songs from the writer duo Pasek and Paul, who also gifted the world the music for La La Land, and The Greatest Showman, it’s no surprise this musical has some unreal songs. The premise of the musical is Evan, a shy high schooler with social anxiety and few friends. As part of his therapy, Evan writes letters to himself (giving the musical its title). However, when a fellow classmate, Connor, kills himself, one of Evan’s letters is found in his pocket, and Evan soon becomes embroiled in pretending that him and Connor had been best friends.

This musical is beautifully poignant, as we see Evan create a friend in Connor he himself always wishes he had had. It also focusses on the issues mothers have with connecting with their sons, and the maternal guilt they can feel. The musical attempts to reach each audience member and let them know that no matter how isolated they feel they “are not alone.” A beautiful musical which deals with loneliness, but also friendship and hope, you should definitely give the songs “Waving Through a Window” and “You Will Be Found” a listen.

Perhaps the feel-good musical (and film!) of the century, we would encourage anyone who hasn’t given Hairspray a listen/watch to do so. The 2007 film perfectly reflects the musical in songs and storytelling and captured the 1960s feel wonderfully.

This musical centres around Tracy, and talented teenager who is overweight in 1960s America. It’s Tracy’s dream to be on the local dance show, however she faces starch criticism and discrimination about her weight. This only pushes Tracy to work harder, especially when she sees the awful reality of segregation in her city. A musical which encourages people to not let anything stand in their way, and that each person should be treated with respect and equality.

Top songs like “You can’t stop the beat” and “Without Love” will have you bopping your head to the 60s beat in no time.

After listening to this musical, we’re sure even Paul Hollywood would show some emotion and shed a tear (or two). Touching yet humorous, Waitress tells the story of Jenna, a young woman with a passion for baking pies at her waitressing job. Jenna is in an abusive relationship, and the musical tells her story after finding out she’s unexpectantly pregnant. Based on the 2007 film, the musical revolves around themes such as freedom, bravery and friendship (and also lots and lots of yummy pies!)

This is a beautiful musical which we feel every young woman should listen to, as it really emphasises how no matter how low you feel, you are strong enough to make your dreams come true by yourself. Songwriter Sara Bareilles creates a wonderful selection of songs, with upbeat songs like “Opening Up” and devastatingly poignant melodies like “She Used to Be Mines”, this musical is chock-a-block with great tunes that you’ll be humming to for months on.

You know that saying, There are three sides to every story; yours, mine and what really happened? Well, Wicked flips a story that we thought we knew: the tale of the Wicked Witch from The Wizard of Oz, and reveals what actually happened before Dorothy rocked up to Oz. If you enjoyed seeing a different side to Sleeping Beauty through the Maleficent movies you’ll love Wicked!

Not only does Wicked have some uh-mazing songs (we’re already singing Defying Gravity in our heads!) it shows us that you really can’t judge a book by it’s cover and you never know the full story.

You can listen to all of these musicals (and so much more!) on Spotify and Apple Music now.

The Red Flags That Can Go Unnoticed In A Relationship

Top Songs To Listen To After A Heartbreak

Counterfeit Makeup: Why Fake Makeup Is A Serious Risk To Your Health

Some #SelfCareSunday ideas you can carry out in th

Demi Lovato is in a relationship! Swipe ➡️ to

Your Star Sign is the next movie you should watch

@disneyplusuk has finally launched in Ireland, and

It’s #TakeoverTuesday! This week @mollerina_ is

Something to brighten your Monday! 🐶 #missydoti

Dive straight into the feedback!Login below and you can start commenting using your own user instantly