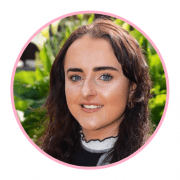 A year later than originally expected and the Olympic games are finally here.

We all get addicted to at least one sport, whether it’s your usual favourites or you find yourself glued to a sport that you never even knew existed before hand; the Olympics really do get everyone hooked and inspired.

There have been some exciting new sports added to the Olympic games this year, including ‘street sports.’ These are sports that our generation all love and identify with including skateboarding, surfing and climbing.

I personally think this is a great addition to the games, as it inspires our generation to pursue their hobbies and even turn them into a career.

Rally Around These New Sports

When I say, ‘skateboarding’ what is the first thing that pops into your head? Well, among all those ideas you associate with skateboarding I bet the Olympics probably isn’t one of them. But why?

Skateboarding takes tremendous skill. I mean I would love to be able to skate but struggle to stand up on the board, never mind flip and fly all over the place.

So, why is it that skateboarding is condemned as some unruly, anti-social activity for the ‘wrong’ type of people?

Society fails to see the talent, skill or athleticism behind the board and instead hone in on some negative stereotypes. This was even sadly voiced by Japanese coach Daisuke Hayakawa who said despite the talent, the sport lacked popular support.

If this is the case, then we, as the next generation, need to rally around and support these street sports. Promote the hip, fresh aspects they bring, which can inspire a new audience and draw in more viewers.

Pamela Rosa, Rayssa Leal and Aori Nishimura are just a few of the young names to look out for as they will probably be the ones who will have you gripped to the sports.

The influx in young athletes being named as ‘ones to watch’ just shows that the Olympics are getting injected with vibrant new blood both in sports and athletes.

If millennials and Gen Z are waving the flag for our generation proudly then we must unite to support them both at the games but as athletes by changing the outdated narrative that surrounds some sports like skateboarding.

If you’ve read this far you are probably feeling riled up to get stuck into some of these sports for yourself, not just to watch.

I am really excited to watch the climbing as this year I was introduced to this sport by a friend. The first time I went I was so nervous and as someone afraid of heights the prospect of climbing free with no harness had me terrified. However, to my surprise after climbing for two hours on the first day I was bursting to go back again even if my arms ached for days after. I’ll take that as a sign of a good workout.

So, get out there, get inspired and get stuck in. Show your support and show that our generation are changing the narrative, we are tearing up the rule book and we are creating a bright and healthy future for everyone in sports.

Read More: Can’t See It, Can’t Be It: Irish Women At The Olympics

Interrailing: A Guide To The Best Holiday Ever

How to Make the Most Out of Summer