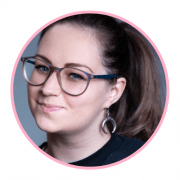 Jesy Nelson Is Taking An ‘Extended’ Break From Little Mix

This piece has been posted here with permission. It originally was posted on the Specky Scribbler Medium page.

I think we need to address the elephant in the room: Sexism.

Sexism, racism, prejudice and bias are all still very much real. Don’t get me wrong, we’ve come a long way in the recent past. Not only because we now have bodily autonomy, but because we have more of an equal access to jobs that previous generations.

But! There are still inequalities and inherent gender biases in Ireland. So keep reading to find out how and why and what they mean.

There’s a clip doing the rounds at the moment from the RTE Archives called ‘Male Chauvinism’. It includes men (always men) talking about women’s place in Ireland. It was filmed in 1990. Think about that. 30 years ago.

The attitudes contained within the piece have, hopefully, changed a bit. I’d like to think that the young men in the clip, who would be in their 50s now, have changed their attitudes, but have they really?

It’s hard to find proof of changed attitudes, but nowadays, it’s a lot more private. There’s no way a man would be able to say these comments out loud because they would — rightly — be called out on it.

But, it’s hard not to think that these attitudes are completely gone away. It’s deep-seated, and the men who made these comments are, probably, the men who hold the power in management and leadership positions. Men who got to where they are for being ‘part of the boys’ club’. Signing deals over golf match and pints.

Thirty Years Isn’t That Many

I turned 30 this year, and while, for me, I’ve developed a lot: I’ve learned how to walk, talk, started and finished school, university and started my own business. So my personal 30 years have seen a lot happen, but not a huge amount has actually changed.

Fast forward to 2018 — after a decades’ long fight for women’s rights, the Constitutional Ban on Abortion was Repealed. Finally.

First of all, the gender pay gap in Ireland currently stands at 14.4%, so for the rest of the year, the work women do may as well be for free. Not only that but constitutionally, women’s place in Ireland is still in the home. Yep, legally. Article 41.2 of the Irish Constitution states:

2° The State shall, therefore, endeavour to ensure that mothers shall not be obliged by economic necessity to engage in labour to the neglect of their duties in the home

This is a legally binding document that can’t be changed unless the people of Ireland vote for it in a referendum and still, it sits.

How To Know If You Have Outgrown Someone

The law hasn’t been changed because our political parties are male-dominated. And the argument can be made that it doesn’t hugely impact upon women’s lives — in general — but the fact remains that it’s still there.

Sitting there. Looming. Available to potentially be used. The fact that it hasn’t actually been amended says enough, it’s an oversight and something that’s overlooked but definitely has an impact on our lives. Just not as openly as we thought.

Yes, that clip from RTE about male chauvinism is ‘gas’ and ‘mad’ to watch and think about how openly these lads spoke about their disdain for women’s rights. About how feminists were ‘militant’. But, unfortunately, there is also a proportion of these men who hold positions of power. And, whether we know it or not — women aren’t in leadership roles.

Women are still spoken to in a patronising way. Women still don’t hold leadership roles. My generation is changing that, but there’s still a ways to go.

If you want to see more about how I know this happens, check out my blog series about gender bias, where women have openly discussed their experiences in professional settings.