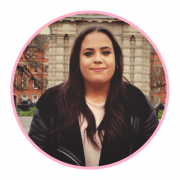 4 Simple Hacks to Sneak More Health Into Your Diet

We can all agree that 2020 has been the weirdest year ever, and it seems that there has been nothing but bad news every time we turn on the news.
From fires to floods and of course the Coronavirus, it seems that 2020 has been plagued by bad news, that’s why we thought it would be a good idea to share some good things and stories that have happened around the world that hopefully will brighten up your day.
Here’s your good news round-up…

Even though we are slowly coming out of lockdown, that doesn’t mean that we don’t still need endless things to watch. So, it’s great news that the hit musical has been added to Disney + to stream until your heart’s desire.
For those who may have not heard of Hamilton, it is an award-winning musical theatre production. It tells of the story of American Founding Father Alexander Hamilton and his ascent out of poverty and to power against the backdrop of the American War of Independence, all to the soundtrack of hip-hop and R&B songs. Yeah, you weren’t expecting that one, were you?.
Hamilton has been a phenomenon in the US on Broadway, and when it came to London tickets sold for almost £800! That’s why we’re only delighted that it has been made available on Disney +.

This story didn’t just fill us with joy, but made us tear up a little we’re not going to lie.
Golden Retriever, August, also known as Augie was born on April 24th 2000, and currently lives in Oakland, Tennessee.  She celebrated her birthday with some dog friendly carrot cake and a low-key party with some of her furry siblings (We can’t cope). It’s no doubt that Augie is a special little girl, who has almost doubled the life expectation for a retriever, and that is definitely something worth celebrating.

The Late Late Toy show will go ahead

After much speculation, it has been confirmed that The Late Late Toy Show will go ahead this year, with host Ryan Tubridy saying “it will be the most remarkable show”.
Ryan announced it on his RTÉ One radio show, stating that the planning and preparation has already begun. “It’s going to be like something you have never seen or heard before. You won’t even be able to guess what will happen.” Ryan informed his listeners.
It is due to take place on the last Friday in November, starting the exciting run up to Christmas!

Two of the most talented young people to come out of Ireland recently, Singer/songwriter Dermot Kennedy and Normal People’s Paul Mescal are set to collaborate in a special live performance.
Dermot has had to reschedule most of his World Tour this year due to Coronavirus, so has announced a special one-off performance called ‘Some Summer Night’ in London’s National History Museum. The performance will air globally on the 30th July, and will feature some special guests, such as Paul Mescal. It will be a pay-per-view performance, with all proceeds going to the Black Lives Matter Global Network. You don’t have to ask us twice!
Has our good news round-up made you smile?

12 Positive News Stories That Happened In The Past 12 Months!

Everything We Know About Netflix’s New Dance Movie,’Work It’

The Celebrities Showing Support For Black Lives Matter: What They’re Saying & How You Can Help Too